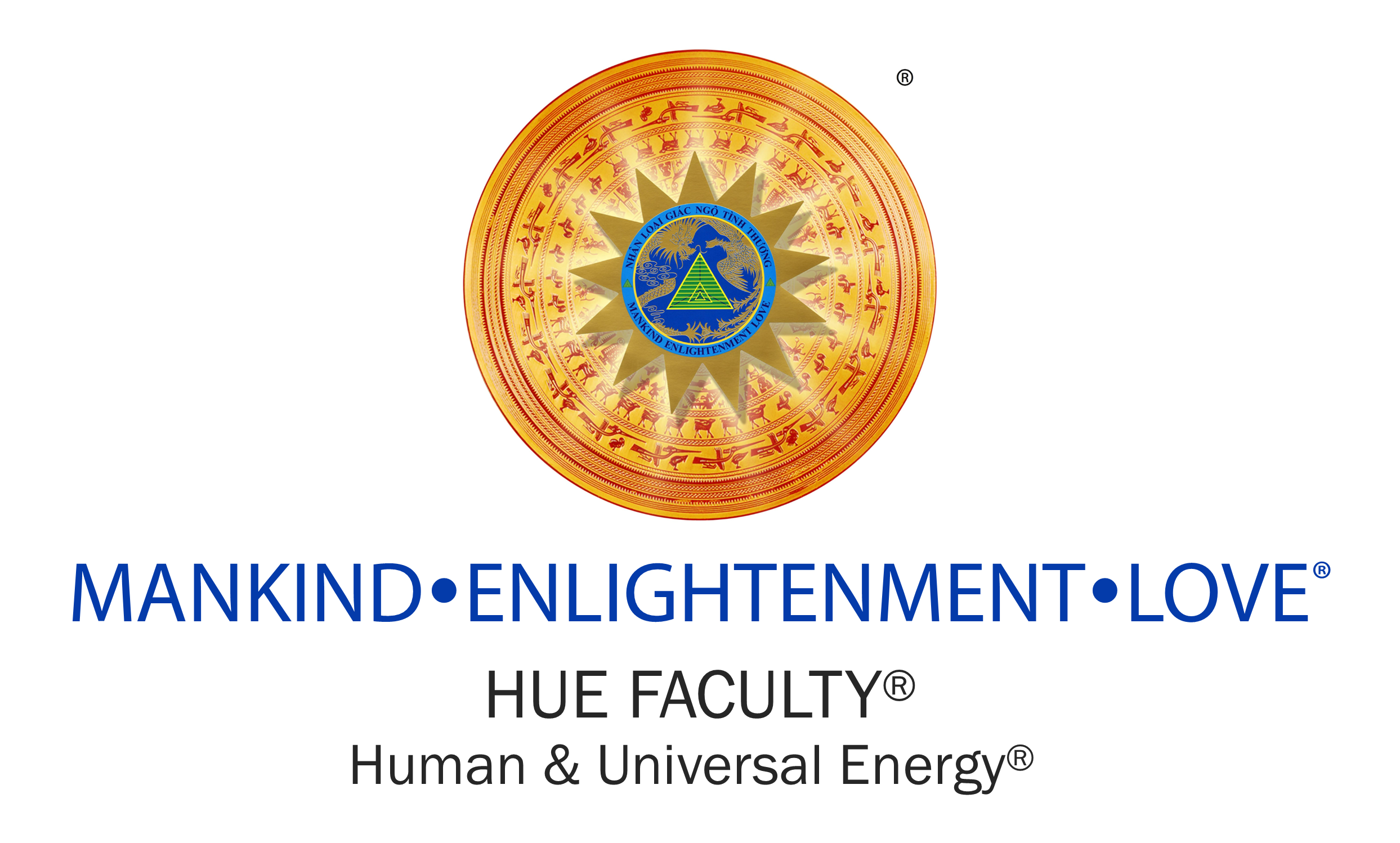 Welcome to the Human-Universal Energy® training program, founded in 1989 by the Vietnamese Master, Mr. Luong Minh Dang. This program teaches about the integration of body and soul.

This method, at its basic level, is based on the “opening” (activation) of 6 chakras (wheel or circle in Sanskrit), which are the energy centers of our body. The opening of chakras enables us to harness the spiritual energy more effectively and transfer it to our body or to another person. The flow of Universal Energy in the body will help the person’s (both the practitioner of HUE and the other person) energy system regain its balance promoting an overall state of harmony between body and soul.

Students enrolled in the HUE Training program learn that everything exists as Energy.

After completion of the 01 HUE Basic Level, students can continue with the other levels in the HUE Program. Additionally, HUE Students can further develop spiritually by enrolling in the HUE Development courses offered. Moreover, students have the opportunity for individual coaching on the HUE Training program.

Mankind
To serve humanity and all living creatures of different species

Enlightenment and Love to serve Humanity.

Mr. LƯƠNG MINH ÐÁNG (1942 – 2007) was the founder of the Human and Universal Energy® (HUE) Teaching. He was born in 1942 in the countryside of Cái Bè, Tiền Giang, Vietnam. In 1972, he conceived the Human and Universal Energy® (HUE) method, studied and practiced it up until 1989. On the 20th of July 1989, after 17 years of learning, he founded the HUE School and taught the first Level 3 course to a group of 27 Vietnamese students in California. From that point on, he continued to study, practice, and teach the HUE Method in countries all around the world until he passed away in 2007. In all, he devoted 35 years of his life in teaching the HUE Method to students from 65 different countries.

The current president of the HUE FACULTY® on behalf of the MANKIND ENLIGHTENMENT LOVE, Inc. is Mr. Trung Luong. He joined the HUE School full-time in December 1995 after finishing his degree in Social Work with a concentration in Community. Master Dang, the founder, introduced Mr. Trung to all the center directors worldwide at the Special Seminar of Chakra 6 in Geneva, Switzerland, in December 1995. It is during this meeting that Mr. Trung was officially appointed by Master Dang to be in charge of the H.U.E. Headquarters in Saint Louis, Missouri, as well as to direct all the centers of the world, including the other centers in the U.S.A.  As part of his responsibilities, Mr. Trung coordinated the M.E.L. global seminars along with the center directors, organized, and planned international travel agendas for Master Dang. He also managed and dealt with all requests, individual matters from center directors, representatives, and students that needed to address or to get in touch with the Master directly.

Today, after 15 years of the Master’s passing, Mr. Trung has developed himself into a certified facilitator of all the HUE Levels currently in the HUE training program. He also creates and develops supplementary courses to enhance the understanding of the HUE Philosophy. Additionally, he also is a certified M.E.L. Coach, supporting students on individual matters regarding their practice, learning, and application of the HUE Teaching. Mr. Trung has dedicated 32 years to Human-Universal Energy already and will continue to do so many years into the future.

“The negative and positive polarities will transform to the positive. This positive one is the energy from the deities…” […] “They are not just for you, or for me, but for the souls of your country and people. Where you place the Big Antenna is as the high beings have permitted.” Master Dang, 2007 (Level 20)